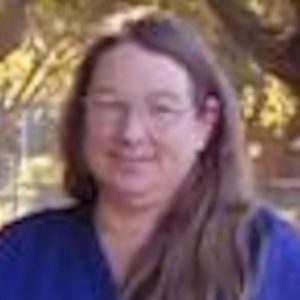 Jan Carlson was first elected to the Board of Directors of the American Goat Association (AGF) December, 2011. She is from Clarkson, Washington and managed the University of California Davis Goat Facility for for 12 years, maintaining breeding-teaching-research herds of 150 goats (45 dairy, 45 Boer, and the rest transgenic research goats). She also taught goat husbandry/animal science classes both in the classroom and at the goat facility. She has worked on minor species drug approval and FARAD projects (CIDR-G, Banamine, Excede and Draxxin) as well as transgenic goat research (ET, breeding program, milk feeding studies) and provides technical support for other research projects at the university facility. The goat facility sells its prospect show wethers to California 4-H and FFA youth for their market projects. Jan is currently retired from UC Davis.

Jan Carlson began working with goats in 1979, when she was hired to work on a research project involving a just-discovered goat virus, later named Caprine Arthritis Enchphalitis Virus (CAEV). She continued her work as a research assistant at the Washington State University College of Veterinary Medicine, Department of Microbiology and Pathology, until 1995. From 1995 until 2000 she worked in Texas when the first Boer goats were being imported into the United States, where she programmed numerous embryo transfer groups, showed manyf National Champions and maintained an import facility in compliance with the USDA Animal Welfare Act. She has written and contributed to several articles about goats.

Jan Carlson is a member of the American Dairy Goat Association (ADGA) where she serves on the Linear Appraisal, Reproductive Technologies, and Genetic Advancement Committees, as well as the Humane Transport of Animals Task Force. Ms Carlson is a member of the American Boer Goat Association (ABGA) and has served two terms as a Director on the ABGA Board. She also is on the Dairy Goat Advisory Committee for the California Dairy Herd Improvement Association. Ms. Carlson organized and managed the “Children’s Dairy Center” at the 2006 California State Fair and has been superintendent of the ABGA Boer Goat and Junior Market Shows at the state fair for three years.